UTTARAKHAND : A STATE ACROSS HIMALAYAS IN INDIA 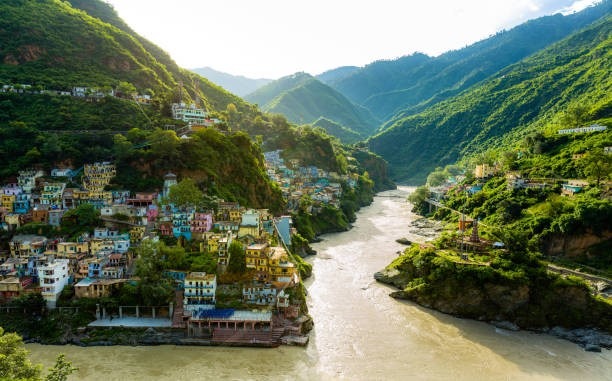 Uttarakhand, a state in northern India crossed by the Himalayas, is known for its Hindu pilgrimage sites. Rishikesh, a major centre for yoga study, was made famous by the Beatles’ 1968 visit. The city hosts the evening Ganga Aarti, a spiritual gathering on the sacred Ganges River. The state’s forested Jim Corbett National Park shelters Bengal tigers and other native wildlife. Generally known as Devbhumi(God’s Land).Formation on 9th November 2000. Population 1.01 Cr. Having 13 Districts in total. 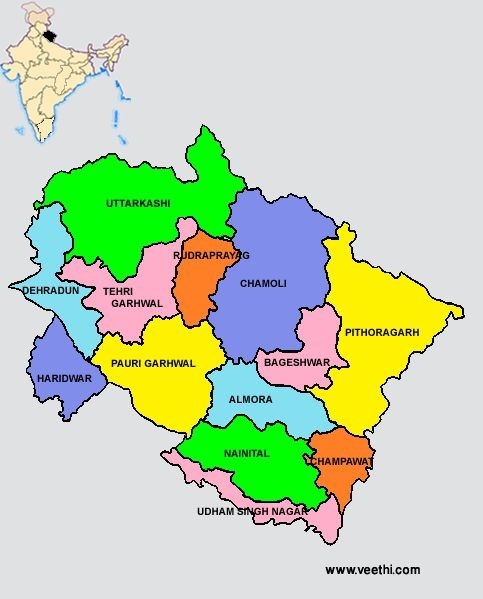 With the establishment of the Software Technology Parks of India (STPI) earth station at Dehradun, Uttarakhand now offers high-speed connectivity.

The presence of several hill stations, wildlife parks, pilgrimage places and trekking routes make Uttarakhand an attractive tourist destination. In 2017, domestic tourist arrivals in the state was 34.36 million, while foreign tourist arrivals crossed over 0.13 million.
Uttarakhand is one of the fastest growing states in India, thanks to the massive growth in capital investment arising from conducive industrial policy and generous tax benefits. Between 2015-16 and 2020-21, Gross State Domestic Product (GSDP) will expand at a Compound Annual Growth Rate (CAGR) of 10.62 per cent to reach Rs 2.93 trillion (US$ 41.99 billion).
The state offers a wide range of benefits in terms of interest incentives, financial assistance, subsidies, and concessions. Uttarakhand has a robust social and industrial infrastructure, virtual connectivity with over 39,000 km of road network, two domestic airports, 345.23 km of rail routes.
As of March 2020, the state had a total installed power generation capacity of 3,549.68 megawatt (MW). In FY20, energy requirement in the state reached 122,562 million units.
According to Department for Promotion of Industry and Internal Trade (DPIIT), the cumulative foreign direct investment (FDI) inflow stood at around US$ 714 million during April 2000 to March 2020. In 2019, 46 Industrial Entrepreneurs Memorandums (IEMs) worth Rs 2,142 crore (US$ 306.48 million) have been filed in Uttarakhand.
Total export from the state stood at US$ 2.35 billion during 2018-19 and reached US$ 1.922 billon during April-December 2019.

According to Department for Promotion of Industry and Internal Trade (DPIIT), cumulative Foreign Direct Investment (FDI) inflow stood at around US$ 714 million during April 2000 and March 2020. In 2019, 46 Industrial Entrepreneurs Memorandums (IEMs) worth Rs 2,142 crore (US$ 306.48 million) were filed in Uttarakhand.

Some of the major initiatives taken by the Government to promote Uttarakhand as an investment destination are: 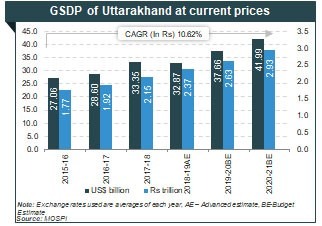 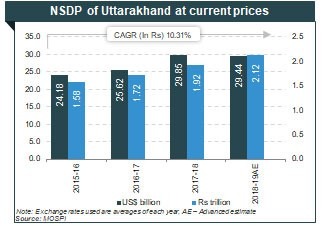 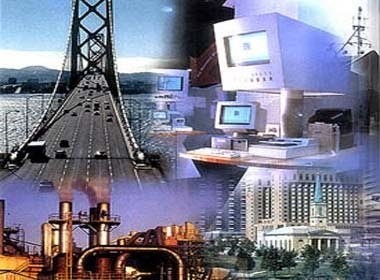 WHY Invest In INDIA?